Written by jlaustad on December 2, 2014. Posted in Client Spotlight. 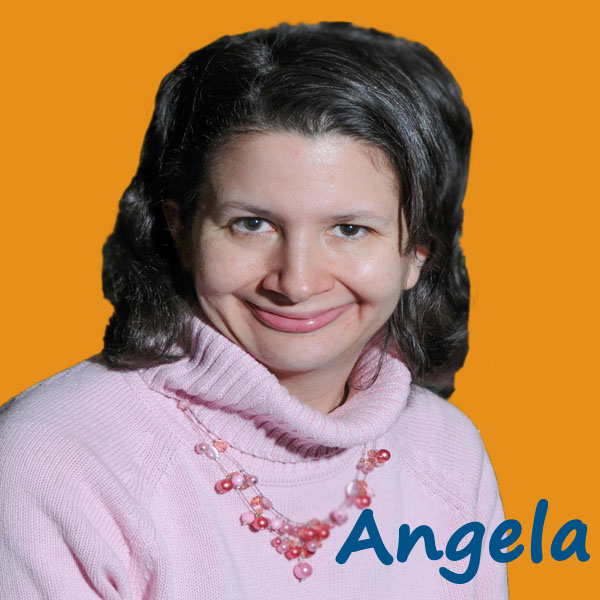 Some people just light up a room and Angela or “Angie” as those close to her know her by, is one of those people. She is a social butterfly and enjoys the company of others at her home in Maplewood. When visitors come over, she takes pride in showing off her beautifully decorated room and  many collections. She is known to update the whole look of her room including new bedding, curtains, and fresh paint often. Thelma and Louise, the two house cats, also receive a fair share of Angela’s love and devotion.

Angela enjoys spending her free time with her parents, two sisters and their families. She participates in a yearly “girls’ weekends” with her sisters, aunts and cousins. Known to have many friends, she also participates in community activities every chance she gets. Music is another one of her passion and she is especially fond of heavy metal bands such as Def Leppard and Metallica. Her long list of other favorite activities include: listening to KDWB, watching MTV, shopping, exercising, traveling, roller-skating, swimming, walking, riding her bike, going to movies, dining out, playing basketball and bowling.

Angela has worked at the McDonald’s on Suburban Ave. in St. Paul as a Dining Room Attendant since June of 1993. She keeps the dining area clean and tidy and is a familiar, friendly, and helpful face to the regular customers. Angela has had the same supervisor, Nancy Koller, for nearly the entire time she has been at McDonald’s. Nancy has witnessed Angela’s interests and abilities grow over the years, and coaches her to be the best employee she can be.

Ginger Beatty-Jawish, Angela’s Employment Specialist from Merrick visits her on the job and admires Angela’s work ethic and independence. Angela uses Metro Mobility to get to and from work and on the occasions she is ill or has an appointment, she takes it upon herself to cancel or coordinate her rides. This August, Angela proudly received her twenty-year service award.

All who know her say, “Angie is just a joy to be around!” If you ever stop by McDonald’s on Suburban Avenue in East St. Paul, you will recognize her by her bright smile lighting up the room.