Like the invasive milfoil that clouds our lakes and zebra mussels that kill our native species – Bob Shaw’s article ‘Is it exploitation of disabled, or a lifeline” (St. Paul Pioneer Press 7/8/12) makes our pond murkier and diminishes the progress made in the last decade by people with disabilities. Mr. Shaw’s article had three critical flaws that destroyed a potentially good story and I will try to correct each for the record.

First, we are not “segregating a minority class” as Scott Schifsky, Program Director of The Arc of Minnesota, is quoted as saying in the article. Integration has become a hot topic recently and, because misguided zealots don’t seek reasonable consensus, it is unlikely that we will have an agreeable definition anytime soon. Moreover, in a very real way integration is a choice. For example, a retired couple that chooses to live in an assisted living complex with their same-aged peers would not think of themselves as being segregated. Therefore, if integration is chosen by the individual, perhaps defining segregation would be helpful in this discussion and I offer the following – “Segregation is the forcible separation of a group or class from the rest of society”. From my view “segregation” does not apply to the nearly 16,235 people with intellectual and developmental disabilities (I/DD) served by Day Training & Habilitation (DT&H) programs in Minnesota because their placement was chosen by an interdisciplinary team that included themselves, their guardian/family, and an independent county case manager. Therefore, if people with I/DD are not segregated, they must be integrated. End of story.

Second, and perhaps forgivable because even Mr. Shaw’s expert sources don’t report the numbers correctly, the unemployment rate for people with I/DD is not 77 percent. To begin, it is important to remember that the employment goal is not 100% as, according to the StateData Book 2011 published by the Institute for Community Inclusion (ICI) at the University of Massachusetts, only 75% of all Minnesotans of working age (16 – 64) are employed. Now to the numbers (updated on 7/12/12 with new MDE data).

The third flaw, and what I was most disappointed in, was Mr. Shaw’s decision to highlight the differences in the people with I/DD he met instead of recognizing the vast majority of sameness with the non-disabled population. I am certain that if I visited Mr. Shaw’s office I would observe unshaven men, women with a bad hair day, people dressed slovenly, messy work areas, and some eccentric behaviors. Still they are people doing their job and evaluated by their performance not solely their appearance or character traits. Why is it that Mr. Shaw chose to describe people with I/DD as though he was explaining to his children why animals in the zoo look and act differently than us? His comments were disrespectful and only reinforce the stereotypes that self-advocates, families, and providers have been trying to change for many years. I am privileged to be around over 350 people with I/DD on a regular basis and I mostly see individuals who want to be respected, given choices in their lives, and valued in their communities. Isn’t that what most of us want? One of the clients at Merrick is quoted as saying “We do have disabilities, but we’re capable of doing pretty much anything we want to do. Just like you. We work really hard. We have our goals and we want to make our dreams come true.” What constitutes fulfilling work is an individual choice and can be found as an employee of a business, a member of a crew, or in a facility-based setting even if that doesn’t jive with a fictional book someone is writing for self-aggrandizement. If you want a good story, read “Hiring People with Disabilities” written by Maura Keller in the February 2012 Minnesota Business and then call a DT&H in your area to talk about options to provide meaningful work to people with I/DD. By the way, Mr. Shaw, I sleep with my mouth open too – what does that mean? You missed a great chance to promote people with I/DD as valuable workers. End of story. 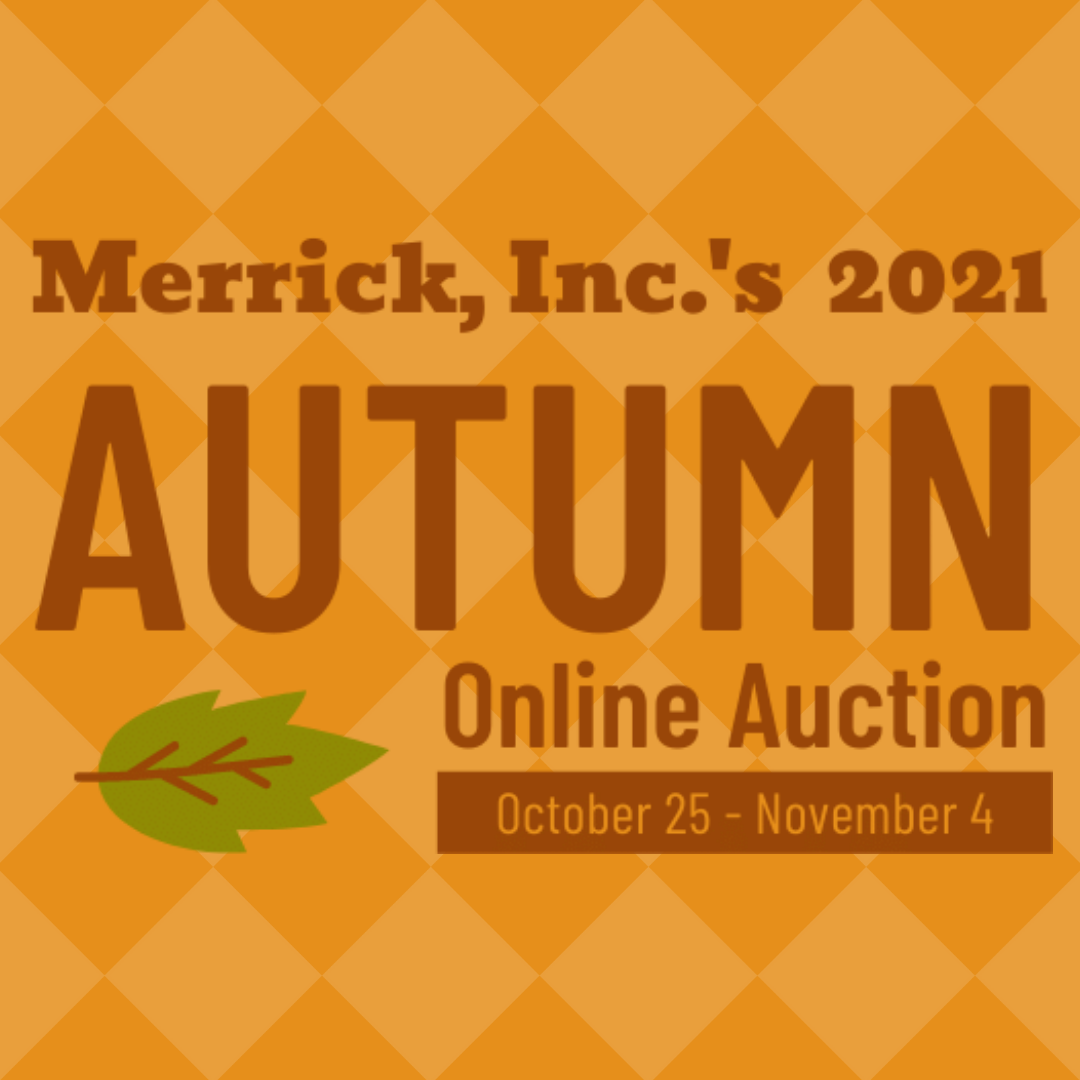 Starting on Monday, October 25, you’re invited to place bids at Merrick, Inc.’s 4th Annual Online Auction for the chance to come out on top when bidding closes on Thursday, November 4.

With the holiday season just around the corner, this is a perfect opportunity for you to find a unique gift for a loved one while also supporting a worthy cause.

Go to www.32auctions.com/MerrickInc today to place your bids.